“New technologies are wreaking havoc on employment figures — from EZpasses ousting toll collectors to Google-controlled self-driving automobiles rendering taxicab drivers obsolete. Every new computer program is basically doing some task that a person used to do. But the computer usually does it faster, more accurately, for less money, and without any health insurance costs.
We like to believe that the appropriate response is to train humans for higher level work. Instead of collecting tolls, the trained worker will fix and program toll-collecting robots. But it never really works out that way, since not as many people are needed to make the robots as the robots replace.
And so the president goes on television telling us that the big issue of our time is jobs, jobs, jobs — as if the reason to build high-speed rails and fix bridges is to put people back to work. But it seems to me there’s something backwards in that logic. I find myself wondering if we may be accepting a premise that deserves to be questioned.”
LINK

Even if it’s an opinion piece, a lone voice in the wilderness, I’m very surprised to see this kind of sentiment in an MSM publication like CNN. 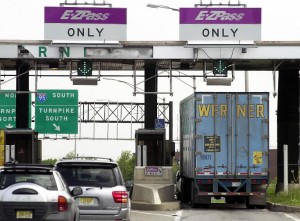 In 1547 I was burnt at the stake in Rome for my pernicious pamphlet proclaiming that the heavens were not filled with a profusion of aether, but rather an extensive vacuum.
Now, the phlogiston that composed my being has re-manifested centuries in the future so that I may continue the task that was inconveniently disrupted so long ago.
Now, I live in Rome on the very street where I (and others) were publicly burnt. To this day, the street is known as what I would translate as 'Heretic's Way'. My charming residence is number 6 on this old road. Please, do come inside and pay me a visit; I should be delighted to spew out endless pedagoguery to one and all...

I delight in, cause I discovered just what I used to be taking a look
for. You’ve ended my four day lengthy hunt! God Bless you man. Have a great day. Bye