Trump and Sanders are poles of a new political strain.  Trump populism appeals to the working class.  Sanders populism offers programs that appeal to the middle and upper middle classes.  Together, these form a complete platform.  Illegal immigration reform and trade tariffs for blue collar.  Regulations on the finance industry, legal immigration reform, and college loan forgiveness for SWPLs.  I could easily see such a cohesive platform as a solid base for the new opposition—21st century populists replacing republicans as the original republicans replaced the whigs with a new, more viable coalition.

Class warfare, however, still presents a significant obstacle to forming this coaliton. The “real Americans” look down on SWPLs as effete twats. The middle class whites look down on working class whites as biblethumping trailer trash. Members of both communities signal status by disdaining the other and have competed against one another for political influence.
However, more are realizing as they feel the pinch that pro-life doesn’t put bread on the table and blank slate doesn’t pay the bills.
Working whites will be forced to work together like other ethnic groups do. The blue collar guy votes for the populist because of illegal Mexicans, the white collar guy will vote Populist because of H-1B visas. When common interests are strong enough, people start to overlook the window dressing that once seemed so important to them. That’s why “values/single issue” republicanism is dying alongside “social justice” democratism. People can no longer afford these luxury boutique issues. That’s why I see tidal forces pushing these factions together as both discover that neither can carry elections alone.
The white republican base has already discovered it no longer calls the shots. Now democrat whites are making a huge discovery as the bloc of the black vote sinks their favorite candidate in favor of a discredited party hack. They will be forced to admit they are no longer enough to carry their own party and must join a coalition that better reflects their interests.
It’s just a matter of time.
The old consensus is fading right on schedule as Boomers start to retire and die and a new generation comes of voting age that can’t even remember the 90s. All they’ve ever known is incompetence and decline. For them the America of optimism and meritocracy is something out of a history book. They won’t have time for the ideological issues that obsessed Boomers and Xers with secure careers.
The pie is shrinking and ranks will close as each group gathers to fight for the crumbs.

Getting good demographics can help you to quickly understand the context of messages that circulate through different websites. The easiest method for large websites is to look them up on http://www.quantcast.com/

For instance, we an obvious pattern that hispanics and blacks tend to visit conspiracy websites much more often than whites. We also see that many of the sites tend to have older visitors with higher incomes. The exception are data driven websites like Wikileaks, which tend to be lower income but highly educated viewers who are mostly white or asian.

If you can find facebook groups for websites like this, you can cross-check some of the basic information by looking at user photos, names, and ages (keep in mind that facebook users tend to be younger than average):

To get a quick introduction to the character of a website, simply do an imagesearch of it on google, e.g.: site:http://forum.prisonplanet.com/index.php

Search through the websites looking for mentions of states and/or cities using google, e.g.: texas site:infowars.com (don’t add a space between the search command and the website, so use site:websitehere.com). Look for introduction threads or user profiles that list locations. Twitter accounts can also assist in this process.

With this information you can cross-correlate the cities members live in to get an idea of their general make-up, and how it compares to other demographic sources.

If there are a lot of unique images on the website, use google’s image search function to look around for other websites with the same images, which will expand your understanding of the psychographics of the users by finding similar sites and images.

If you want to map out keywords and connections, use a graph similar to this:

Which shows us that we can also harvest data from youtube and amazon, as well as the smaller linked websites.

We end up with some curious things like this:

This study used canonical correlation to examine the relationship of 11 individual difference variables to two measures of beliefs in conspiracies. Undergraduates were administered a questionnaire that included these two measures (beliefs in specific conspiracies and attitudes toward the existence of conspiracies) and scales assessing the 11 variables. High levels of anomie, authoritarianism, and powerlessness, along with a low level of self-esteem, were related to beliefs in specific conspiracies, whereas high levels of external locus of control and hostility, along with a low level of trust, were related to attitudes toward the existence of conspiracies in general. These findings support the idea that beliefs in conspiracies are related to feelings of alienation, powerlessness, hostility, and being disadvantaged. There was no support for the idea that people believe in conspiracies because they provide simplified explanations of complex events. 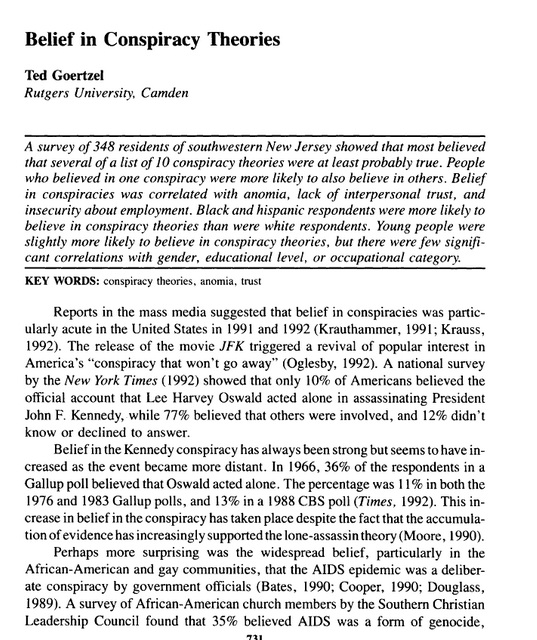 From this information we can break them into traditional psychographics using stock models: 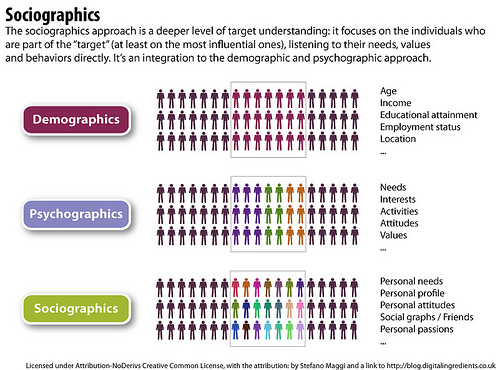 Now you can create a database that can be used for advanced analytic operations, using R, excel, SAS or a programming language like Python. R tends to be more effective for smaller sets less than 2GB because of it’s memory usage, but it has nearly all statistical functions anyone has thought to use which makes it very useful for experimental projects. SAS is commercial software that is mainly effective for large data sets. Excel is a decent entry level solution. Python is not quite as flexible as R yet, but it’s modules are improving and it can be interfaced with R.

Keeping in mind that knowledge that minimizes surprise can be more reliable than knowledge that tries to predict the future, let’s look at the world economy:

The “developing” countries are generally sticking with the old paradigm: that development is the process of turning blue and that Fordist industrialization can and will yield mass prosperity.

But they are likely to discover that this isn’t true. China will not be able to build a western style welfare state as its GDP grows. The South African labor unions won’t be able to turn the country into Detroit at its peak, with lifetime employment at high wages for a unionized work force.

Manufacturing employment in these countries will not indefinitely rise, and neither will pay. Competition from other, poorer, job-hungry countries will push wages down; automation will reduce the number of workers worldwide required to produce a given level of output and by reducing the supply of manufacturing jobs automation will also depress global wages, especially for the unskilled.

Developing countries (along with the Davoisie and most commentators and “modernization theorists”) have also assumed that because development meant the establishment of a stable middle class society, to become more economically developed was to become more politically stable.

…We, the Europeans and the Japanese can probably handle a generation of wandering. Life would be poorer and nastier than it needs to be, politics would get pretty poisonous and Europe’s problems with some of its immigrants might get deeply ugly, but this might just mean the degradation of social life and the impoverishment of democracy rather than chaos, violence and the rise of new ideologies and movements based on fanaticism and hate.

I’m not nearly as sure that the rest of the world would be as calm or as stable if the blue model continues to rot but we don’t make the move to the next step.

The fight for the reforms and changes in the United States that can facilitate and speed up the birth of a prosperous post-industrial society here is deeply connected to the fight for a peaceful and prosperous world in the 21st century. It is not just that these changes will keep the US rich and strong enough to play a role in supporting world peace. It is that the example of a successful transformation here will do more to promote democracy, peace and human rights worldwide than all the foreign aid, all the diplomats and even all the ships and tanks and drones in the world could ever do.

And it is raving lunacy to expect that there is some master plan that can reveal the shape of the new society and show us how to achieve it. That isn’t what life at the cutting edge of history is ever like. The challenge of our time is invention, not implementation. The future doesn’t exist yet; we have to make it up. Link

A simple wikipedia article brings so many interesting tidbits of information about the world economy. Dated 2003 unless otherwise noted.

Military Expenditure compared to GPD is only 2% of the global economy, with about half of that coming from the United States military (375 billion).

Interesting, now for the CIA factbook

Officially, Israel’s unemployment rate is about 8%. But that doesn’t include Israeli citizens who are not trying to find work, either because they feel disenfranchised, such as many Arab Israelis, or because they’ve chosen a life of state-subsidized religious study, such as many ultra-Orthodox Jews.

Since it also has been traditional for most Haredi men not to work at making a living, but to devote themselves to religious studies, the political parties, often holding the balance of power in coalition governments, also became useful for extracting financial concessions from governments wanting to stay in power.

With a birthrate several times that of other Jewish Israelis, the Haredim have an average of 8.9 children per family and constitute more than 10 per cent of the population of seven million. Link

Youth gangs from the community of Sudanese and Eritrean refugees have in recent weeks been swamping Tel Aviv beaches and stealing bathers’ belongings, according to police. Most of the thefts have occurred on Tel Aviv’s major beaches. Authorities attribute the thefts to the increase in the number of refugees who have come to the city this year, and the lack of employment opportunities for them. Police say the stolen goods and money are sufficient for a day’s existence; they expect more such incidents to occur.

Eritrean and Sudanese refugees start arriving at the beach at noon, say police, especially to the strip between Jerusalem Beach and Mezizim/Peepers’ Beach. Some try to find day-labor jobs in the morning, but some who fail allegedly try to earn their daily keep by preying on beach-goers instead. Link h/t Aurini

Most ultra-Orthodox Jews lack the skills to work in a modern economy, having studied little or no math and science beyond primary school (their curriculum focuses almost entirely on religious texts such as the Torah and Talmud). As a result, more than 60 percent live below the poverty line, compared with 12 percent among non-Haredi Jews. Most also opt out of military service, which is compulsory for other Israelis. The net effect: as the Haredi community expands, the burden of both taxation and conscription falls on fewer and fewer Israelis.

According to pollsters, Haredim are consistently hawkish on the question of territorial compromise with the Palestinians, citing God’s covenant with Abraham granting Jews the land of Israel. Already the parties that represent them wield significant political power in Israel’s coalition-based system.